The engineers at the Airbus Innovations Development Center for Electric Powered Aircraft in Ottobrunn are passionate about an important vision: an electrical distributed propulsion system for commercial aircraft. The industry term: E-Thrust. There has already been some initial success with smaller aircraft. When it came to providing an articulate explanation regarding the feasibility for passenger aircraft, VRPE appeared on the horizon and won the pitch. First to Le Bourget in 2013, where we were tasked with providing a clearer understanding of the content and the technically-complicated and complex issues involved for various target groups – from politicians, partners to private citizens. The reason: the Airbus, as a world market leader, actively assumes its corporate responsibility, making the environment and sustainability a top priority. The result can still be seen today at trade shows all over the world as well as in Airbus showrooms: an exhibit made up of three elements that is unrivaled. Classic model work and the latest multimedia with delicate hardware. Working in perfect harmony. For perfect communication in the space.

The concept for our exhibit had to reflect the special nature of E-Thrust. The issue of "Green Flying" therefore always requires two perspectives: one of the aircraft and one of the propulsion system. In other words, the design and flow concept had to mesh together, i.e. our exhibit had to flow together straight and true. Airbus Innovations is pursuing the idea of a hybrid aircraft. The propulsion system consists of six electrical motors plus a centrally arranged gas turbine. After reaching cruising altitude, the jet engine is throttled back to the point in which it can only generate electricity. This additional source of electricity is then used to power the electrical drives of the commercial aircraft. In addition, individual electrical drives can also be switched off at cruising altitude. The initial target size will be an aircraft with approx. 90 seats. Another important aspect: The issued of a "Green Engine" is of major importance to a global player like the Airbus. Incentive enough for us to design an exhibit with an extreme depth of information, along with the most structural "lightness." Delicate. And fascinating. Able to be displayed at trade shows and in company showrooms, which means transportable and flexible when it comes to mounting, whether it's on the wall or the floor.

We decided on a three-way split on the media for the exhibit so that the future of flying would not be presented in a manner that was too abstract: a classic model, an animated surface and a screen with a moving image. The model shows the shape of the E-concept aircraft, the LED light channels and engines behind this take the visitor on a journey inside the aircraft, the video provides information about consumption and supply data. In short: The power concept is made "visible" via this multimedia staging. The technical details are portioned out in tolerable doses. Understandable and unique in its simplicity. We also designed special exhibit tables suitable for the exhibit – this makes the overall impression more harmonious. And fits the brand perfectly.

The roll-out of the E-Thrust concept with our exhibit was a real eye-catcher at the 2013 premiere in Le Bourget. And not just there: Since then, the installation has been flying around the world captivating those who gaze upon it. Because regardless of whether it's politicians, shareholders, employees or private citizens: "Green Flying" affects all of humanity. And our planet. That's why Airbus Group Innovations takes on such global responsibly: pushing concepts for emission reduction, noise reduction and fuel consumption reduction. These are the goals that we internalized when we put our hearts and souls into the implementation of the concept study. Resulting in a suitable expression of the significance of the entire Airbus Group as a pioneer, innovator and global market leader. 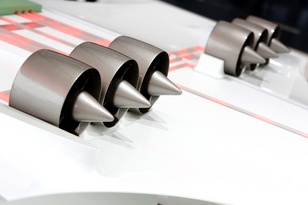 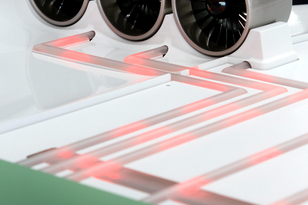 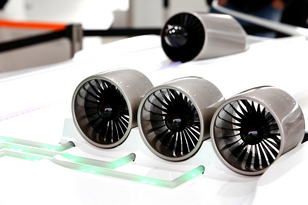 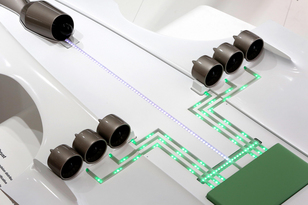 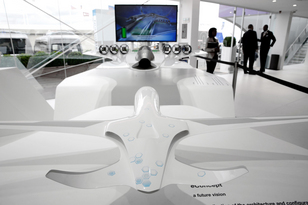 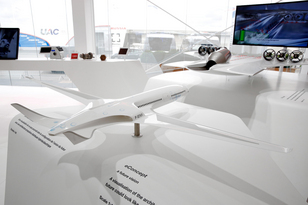 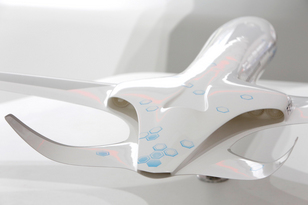 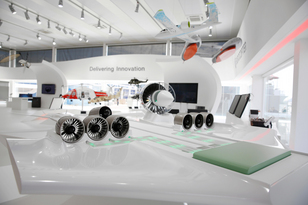